Get started using Send It Later

Send It Later is a command for Slack that makes it possible to schedule messages for delivery at a later time. Your scheduled messages appear as regular messages sent by your Slack user and work just like normal messages once posted.

For example, with Send It Later you can schedule reminders, plan announcements so they are posted on specific dates or make sure a message to a colleague is received at the start of their workday.

You interact with the command by typing /later in the message field within Slack or clicking the ”Send It Later” app in the left sidebar within Slack. 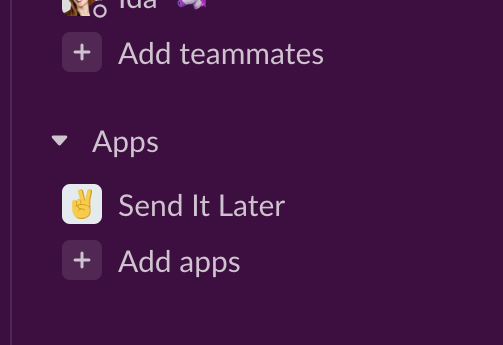 To schedule a message in the channel you are currently in type /later Hi there in 2 minutes and hit enter. This will schedule the ”Hi there” message to be posted in the current channel two minutes from now.

Note that your interaction with the command is only visible to you.

Tip: To try out the command select yourself in the ”Direct Messages” list to the left in Slack and schedule messages in that channel. This way you can test out the command in private.

The home tab for Send It Later offers an easy to use interface to the different features of the app. You can see a list of your scheduled messages, scheduled new messages, edit and delete messages.

You find the home tab by locating the ”Apps” section in the left sidebar within Slack and then clicking the ”Send It Later” app. 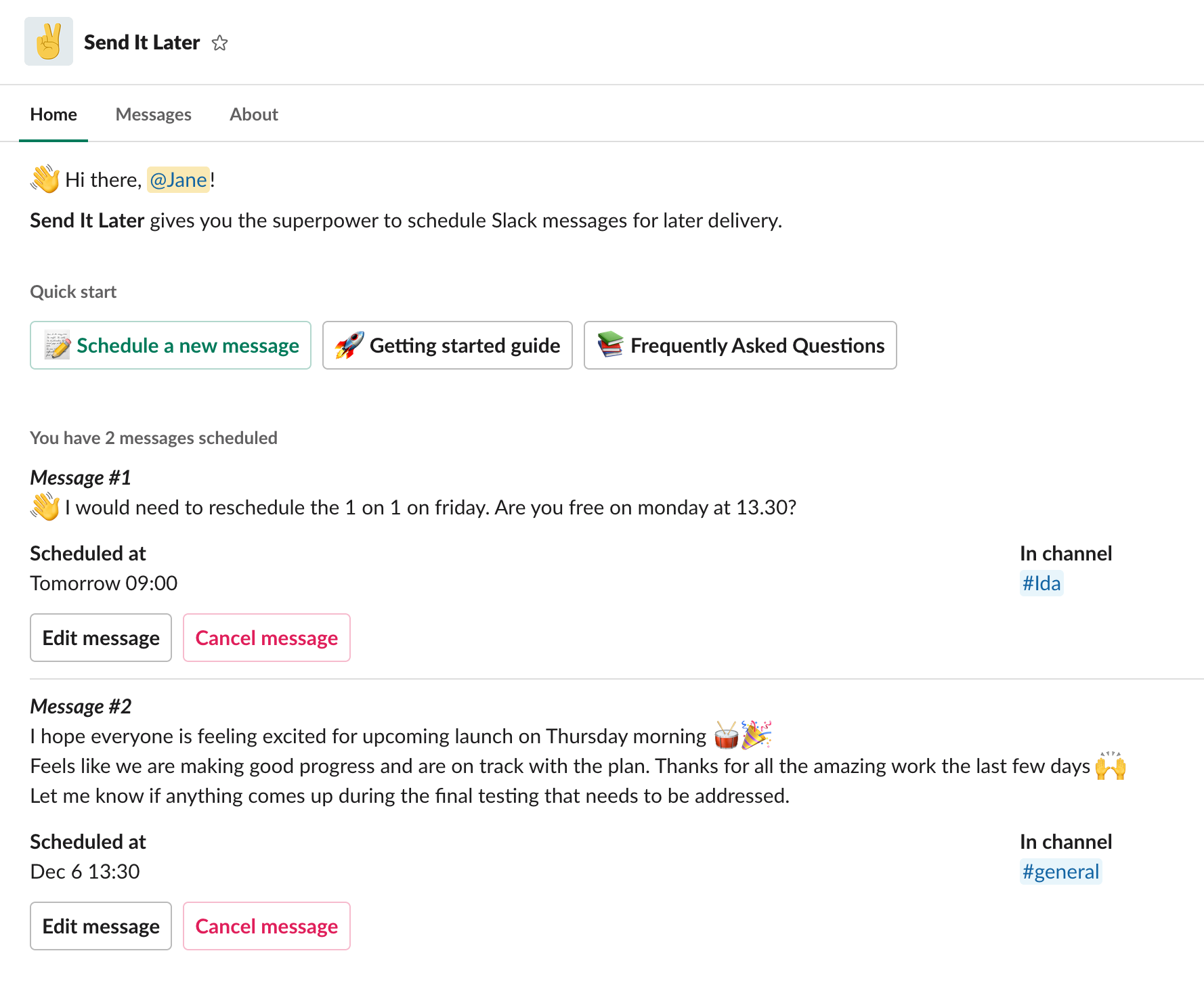 There are a few different ways to specify the time for a message:

The standard message field in Slack can feel a bit limited when writing messages. To handle this Send It Later offers an easy-to-use alternative way of writing messages and setting the delivery time using the the compose dialog.

The dialog is opened by clicking the ”Send It Later” app in the left sidebar within Slack and then the ”Schedule a new message” button OR by typing the command /later compose.

Within the dialog you can write your message, specify the date using a calendar widget, set the time and choose in what channel the message is going to get posted. 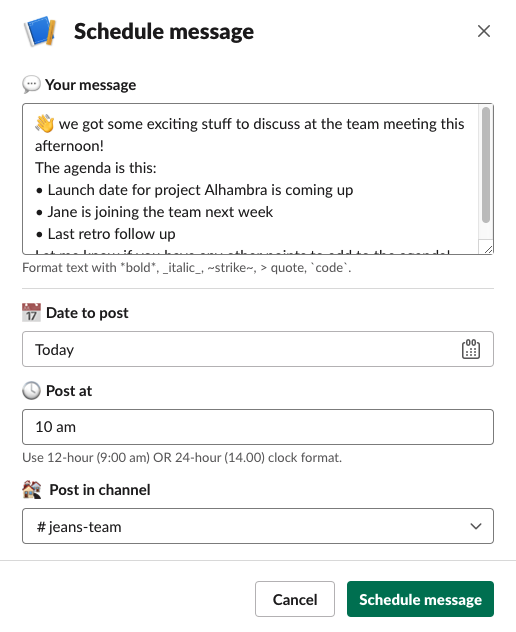 The compose dialog is quickly opened from anywhere in Slack using the shortcuts button next to message field in Slack.

The dialog can also be opened with the shorthand command /later c.

Using the compose dialog you can set up repeated postings of the same message. Also called recurring messages. This is, for example, useful if you have a reminder for your team that you want to post at the first day of every month or every Friday.

You make a message repeated by selecting a posting frequency for the ”Repeat” field in the compose dialog. 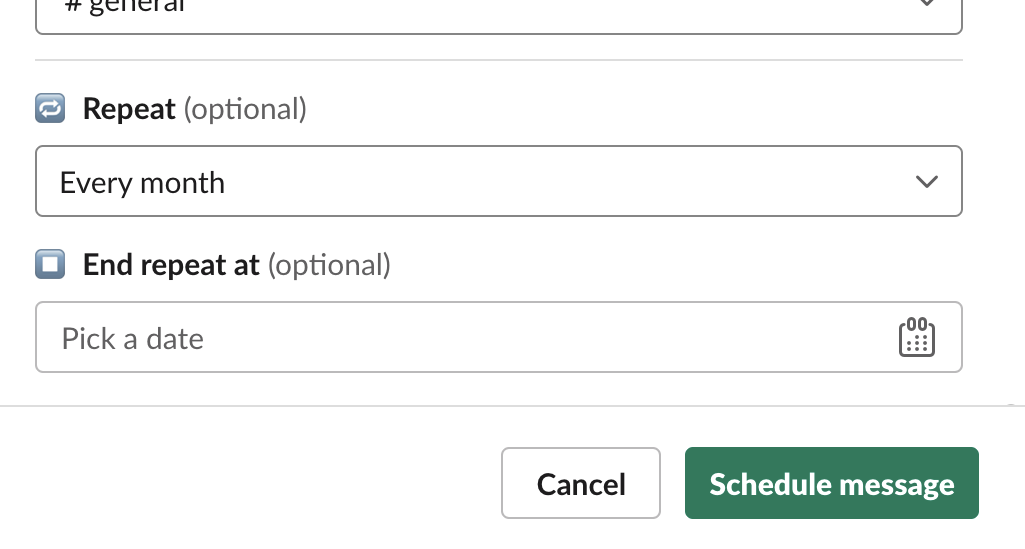 The available posting frequencies are:

Use the /later list command and you will see a cancel button for each message that is returned. Clicking this button will remove the scheduled message. Note that a message can only be canceled up until 1 minute before it is scheduled to be posted.

Any questions? Get in touch with us at hi@senditlater.app.